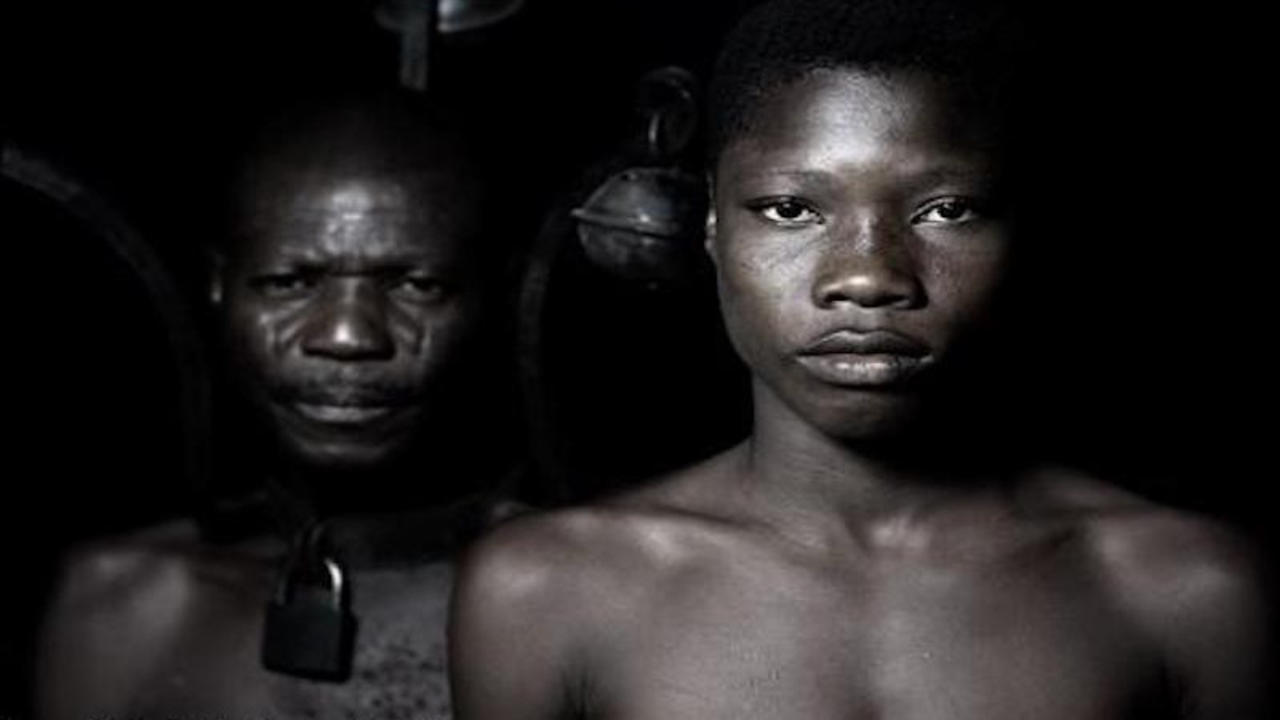 Maroonage & Slavery: The important distinction between the enslaved and the free 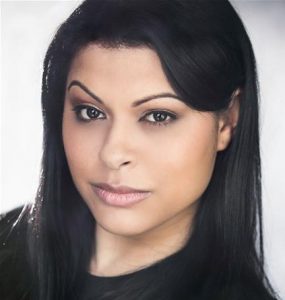 As an actor-singer, writer and lecturer in diversity within performance, I have learnt to both value and respect the use of key terminology to describe a race, an idea or a state of being. So it is with great gusto that I set out to write this article for EARTHwise inspired by my findings on my recent research trip for my theatre piece ‘Maroon Queen’. Based on the events that occurred at Le Morne Mountain and the legend surrounding it, the UNESCO ruins of the Le Morne Cultural Lands and its inhabitants provided many entrancing and complex stories and conflicts. It also lifted the lid on a subject that is still a constant source of debate both in Mauritius and in many other countries with past slave communities and their descendants:

What is the difference between a maroon and a slave?

Well, I won’t be going into the nature of slavery because I think by now we all know and if you don’t -no offence- read a book. Maroonage however, is still a bit of a mystery. This piece focuses on the definition of the word ‘maroon’, the possible reasons behind the refusal to use it in some cases and both the intransigence and responsibilities we have towards this historical narrative as we use the word slave or maroon interchangeably.

For many people the difference between a slave and a maroon is obvious, but in my experience these are mostly people that have either dedicated their lives to the history of colonialism and therefore slavery and maroonage by proxy, or indeed slavery as a subject in itself and maroonage as an inevitable part of that oppressive system. Or perhaps they are simply artists with a researchers soul, like myself. But to the average Mauritian or Englishman, indeed to most of the western world, the term ‘maroon’ remains either a source of confusion or wrongly attributed stereo-type, so I decided to look into the word itself.

The Oxford Bibliographies definition of the word Maroon in the context of slavery and abolition reads thus [1]:

“The term “maroons” refers to people who escaped slavery to create independent groups and communities on the outskirts of slave societies.”

I think this is pretty clear myself, so why is there a persistent resistance to the use of the word and a lack of recognition of its importance?

For starters, Wikipedia would have you believe that ‘ Maroons were Africans and their descendants in the Americas who formed settlements away from New World chattel slavery.’ which of course (pardon my sarcasm here, America obviously being the centre of the universe to the writer of this entry ) completely eradicates the type of maroon that would have lived in the southern hemisphere and more specifically, on a small island like Mauritius. Why check Wikipedia you say? Well because that is what most non-scholars, non-historian, muggle humanoids, myself included, go straight to when in search of a quick answer…

So when it comes to the recognition of maroons in Mauritius we already have an issue; people may well be taking the most readily available source of information presented to them as fact, without questioning or looking deeper into the reasoning or in some cases, the editing of such texts. This further diminishes the accurate and important distinction between slavery and Maroonage and anchors the term ‘Maroonage’ in Atlantic slavery, rather than a global phenomenon that occurred as a result of the African diaspora. In addition, the refusal of some countries to acknowledge the veracity of African history because it is in the most part an oral tradition, does even more to ensure that Maroonage is not accurately depicted.

If you were then to apply this sheltered approach to history to any party or country with an interest in keeping their own version of history alive and well, say someone who had a vested interest in suppressing information about rebellion in whichever country the Maroonage occurred- you would have a pretty convincing case as to why the term ‘maroon’ was not used wholly and entirely on its own merit by many. Basically, to acknowledge that a maroon was a free individual of colour then, and may have descendants now, means that the spirit of the people is undeniably strong and irrepressible in it’s larger numbers. All. Very. Interesting.

A further look into the word ‘maroon’, reveals it originates from the Spanish word ‘cimarrón ’ meaning wild or untamed [2]. But it also means to abandon or leave without aid or resources, to be abandoned as punishment, and finally in Britain it is best known as a dark red colour- pardon the pun here, but nothing is ever black and white when it comes to slavery and ‘maroonage’ and the word itself having about three or four different meanings adds further confusion and source for debate. To add insult to injury the word ‘maroon’ is frequently used in research publications on maroonage as a prefix to the word ‘slave’, which is both demeaning, and inaccurate. It devalues the accomplishment of the maroon entirely and ties one state of being (slavery) to the other (maroonage). Let me explain….

The thing one can be sure of beyond a shadow of a doubt, is that once the maroon had made their decision to leave, they were for whichever period of time they chose to remain so, a FREE INDIVIDUAL. You cannot therefore logically be a slave and a maroon at the same time, you’re either rebelling as a free individual that has taken your freedom back or enslaved by a master; this makes the use of both words together linguistically paradoxical in terms of the attribution of meaning. Neither the state of slavery or Maroonage, are necessarily permanent but they are indeed, separate.

This is undeniable. It means that the maroons that led raids and defended their land from attack were a free thinking, rebellious free people that were simply taking back what was theirs and standing up for their rights to be treated as equals. And that is what struck fear in the heart of the colonisers in Mauritius right at the beginning of the Dutch period when Fort Hendricks was attacked, but of course we never hear about this in the history books…

As a result some of the opinions held throughout the social strata of Mauritius and beyond are blissfully ignorant and somewhat shocking. The distinction between slavery and Maroonage (or lack thereof) still causes consternation among locals now…The distinction seems to be both important to them and also causes a sense of unrest and defensiveness towards these past freedom fighters that is totally devoid of present-day ethics and responsibility. Some still believe for example that ‘ these ‘so-called maroons’ were nothing more than fugitives and outlaws, so why on earth would you celebrate such a thing? Especially around the time where we celebrate the end of slavery!?’ Well first let us be frank- slavery in itself may have been abolished on the 1st of February 1835 but it wasn’t for a good many years later, on the 1st Of April 1839 that ‘apprenticeships’ expired- some of which were well known to enforce much worse conditions than slaves were subjected to at the time and many of those workers ended up in Le Bagne Prison [3] (now the Port-Louis Post-Office), so the abolition anniversary although of colossal importance, is not entirely encompassing of the people it represented at the time.

The point being that now, there is an anniversary to celebrate the abolition of slavery but there is no such separate celebration of the maroons, their indomitable spirit and their fight for better living conditions for themselves and others as a free people in the form of a separate holiday, party or acknowledgement. In fact, to most people it still very much remains a legend which some would undoubtedly prefer to stay that way. That is why the work le Morne Cultural Heritage Trust Fund [4] has done is very important, as the UNESCO monument commemorates those that were brave enough to take their freedom into their own hands and fight oppression. But there is still a way to go in terms of changing attitudes here and taking decisive action towards social justice.

Let us be very clear, in modern day terms if anyone were to fight slavery and human trafficking in the way these men and women did, overcoming the many unthinkable conditions required to sustain and run these camps of what we would nowadays not hesitate to call ‘survivors’ of horrendous abuse- they would be hailed as heroes and made the Mandelas and Malalas of our time.

With that in mind, it is our responsibility as both past colonisers and oppressed peoples to step up and clarify that this outdated way of thinking and expressing ourselves in such a way that suggests those men and women were simply ‘outlaws that were still slaves’ – is both reductive and obstructive in the fight for modern freedom and the recognition of those who fought for the human condition and the right to be treated as such.

So you see it’s very simple, the principal distinction between a slave and a maroon, is that the slave had his choice taken away whilst the maroon took it back.

So the next time you mention either in conversation, please remember the difference is really, really important. Choose your words with care.