Why America also owes its Independence to Mauritius 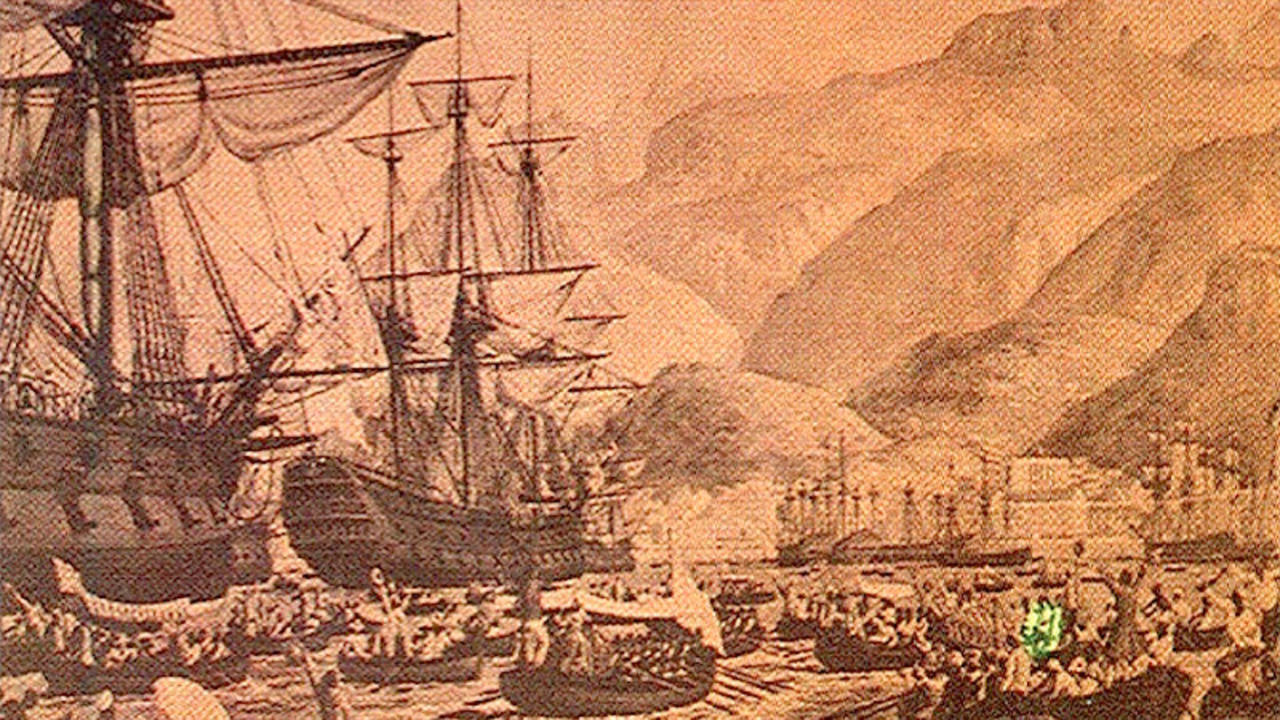 This is a Story of Impact that has been never been told, yet it is so significant that once you know this story you cannot possibly understand why others don’t know it too! This story will reveal to you some facts about key contributing factors to the American Independence war that few have ever realised, and is rarely acknowledged if at all. It all happened over a three year period from 1780 to 1783. This time period is known in Mauritius as part of “the little Golden era”. Those conversed with the link of the island to America might be thinking that this is about the time when Mark Twain visited the island and wrote his famous phrase: “Mauritius was made first and then heaven; and heaven was copied after Mauritius.” Yet this is not what this story is about. 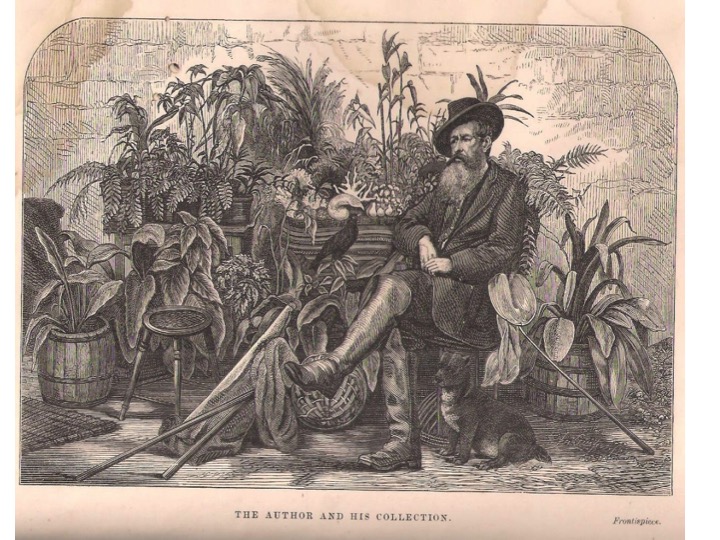 Mauritius Island was one of the first countries, if not the first in the world, to be granted an American consul in 1872 by the name of Nicholas Pike. Some say this was done as an acknowledgment of the Island’s contribution to the Independence war. Nicholas Pike says of Mauritius that it is “in reality the Gem of the ocean, but little known to the world at large, small as it is, only a dot in a vast ocean”. However due to the inconsistency of the alliance with the French one might think that Mauritius contribution was quickly forgotten.

Hence to start this story let us first look at the maps of the World and Mauritius, or rather the absence of Mauritius on some important maps. Naming a person or a place is a form of acknowledgement. It is very revealing, therefore, and key to this story that it was made to look on some maps as if Mauritius never even existed. Look at this map from the site of the Cincinnati historian society in France. It is easy to believe, if you go by this map, what was accomplished in the Indian Ocean during the American Independence war had little or nothing to do with Mauritius. The island does not appear on this map at all despite our significant contributions, as you will come to understand later on in this story. Mauritius was first colonised by the Dutch who brought the first slaves to Mauritius in 1638. The Dutch left officially in 1710. The French then colonised Mauritius in 1715 and called it “Isle de France”. 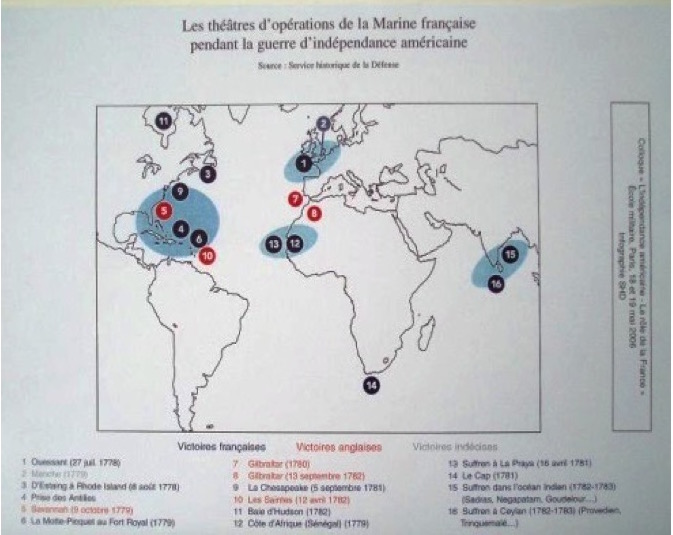 César Choisel, then Minister of Louis XV, perceived the importance of the Island as a doorway to India, and used “Isle de France” as their military base from 1780 to 1783 during the American Independence war. Those who failed to see the contribution of Mauritius to the Independence war, like the negationists actually say: “It was all the more worthy of praise that Suffren didn’t have a real naval basis in that area to repair his ships.” Not surprising that the same Cincinnati historian society who made this map without reference to Mauritius were the ones who said this! They could not acknowledge that a small population of so few whites & freeman in “Isle de France” could have been of any help in the conflict of the American Independence war.

On the older map from the French archives “Isle de France” (Mauritius) did exist as can be seen here. 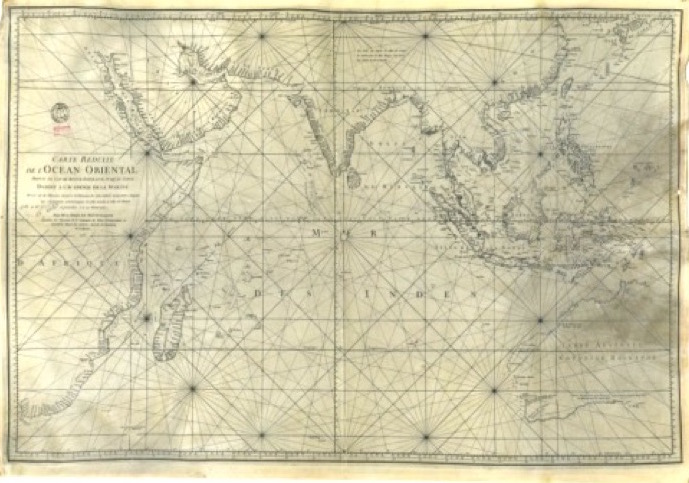 This Story of Impact concerning the role of Mauritius in the American Independence war starts with a major decision by the King of France from Versailles in respect of the strategy to be applied. He adopted the “indirect war strategy”, meaning that apart from supporting their allies the (Spanish and Dutch) in Europe and the American insurgents in America, they would extant the war to the West Indies & the Eastern Ocean for India as well as the African coast by so doing weakening and destroying the trade of the British! The American Independence war thus included several other sites beyond America, namely: Europe, the Caribbean & the Eastern Ocean, that is now the Indian Ocean. 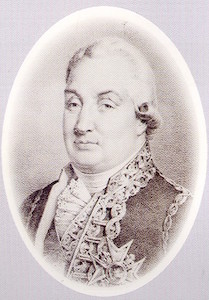 On the 2nd of May 1780 two convoys sailed together from Brest in France; Ternay to North America and Pierre André, bailli de Suffren de Saint-Tropez, to the East Indies. This convoy would be with far reaching consequences. The chevalier de Ternay escorted to Newport 5000 French troops under an experienced officer, the Comte de Rochambeau. It was called L’expédition particulière to distract the English attention from it. From then on, hopes of victory in this war were pinned on the indirect strategy. One of the major events was, the arrival of Suffren on the 25th of October 1781 to Mauritius. It is here that he had his ships repaired and sailed to India on the 17th of December 1781, (see d’Unienville,1972).

Suffren was known as the “Winner of Newport” after his personal success in destroying five British colonial battleships in Newport earlier in August 1778, it was the first sea Victory of the Allied forces. This inaugurated a new approach at sea, namely the sifting from the old French way of just being transporters of troops to becoming real Sea war Lords. Indeed Suffren is the sea war Lord who inaugurated a new era in battling at sea, as opposed to the role of mare troop’s transporter! Several web sites are dedicated to illustrate his battle strategies. Captain Mahan of the US Navy declared: “in his influence of sea power upon history: it is certain that among all the admiral of the three nations …Suffren was a class above and the most fitted to the task of weakening the British forces in the Indian Ocean…he had taught men before Napoleon and Nelson how often impossibilities are not impossible!”, (see Mahan, 1890).

Mauritius became an important military fortress, which was previously conceived as the ‘door to India’ by Choiseul, as mentioned earlier in this article. The battle fields had thus moved way beyond the centre of operations in the then British territory in America, and by extension through its allies came all the way as far as Mauritius. Thus the French territory of “Isle de France” (Mauritius) became directly involved in the battle.

What few people know is that this small population on “Isle de France” actually supported an armada by building, repairing and refurbishing some 300 ships over a period of about three years! Just like the maps that never acknowledged “Isle de France”, the contribution of 30,000 men and women of labour, then known as slaves, were also left out when only the white and freemen were included in the censor.

It is clear that 5000 white & 2000 free men cannot possibly build, repair and refurbish 300 ships in just three years! Especially during what was known in Mauritius as the little ‘golden era’ when cultural events and other festivities where going strong on the island, under the governorship of Viscount de Souillac. Again a clear example of the mindset of the negationists. Let us have a closer look at the 30,000 forces of slave labour out of which 86% were African slaves and 14% Indian slaves.

The census did not acknowledge these 30,000 people as humans; only the whites & freemen were acknowledged. The freemen where people who were considered as less white or not ‘pure white’. As such freemen were mixed of all types and any other ethnicity than black Indian! Those early days of apartheid are still having huge impacts on our identities in society today. How dare anyone minimise the contribution of any human, irrespective of whether one is considered white, freemen, slaves of African or Indian origin. Even more striking is the realisation that those who worked on those ships took responsibility for a project that was not theirs. They sweated and suffered for it, some even paid with their life. And worst of all, it was considered legal to take the life of an African or Indian to put them to work as slaves for creating independence of others by providing the necessary supplies and manpower to realise this! The hypocrisy of such reasoning is incredible. Then when the project was done these same people were disregarded with no benefits of their labour. Again a perpetuation of the same pure negationism or rather tyrannical pathology!

The huge accomplishment of such an amount of work by these slaves over this period of three years reveals, sadly, the severe torture that was applied to the slaves to make them work so hard. These people were made to work with the constant reminder of the whip tearing apart their flesh and bone, to get the maximum productivity out of these poor men and women. Suffren, as perceived to be an outstanding, leader knew how to get this job done. Yet at what price? Just like the story of the maps, these people were never acknowledged because their very existence was never put on the map.

This leads us to ask some painful questions:

What nobody talks about is that the Freemen and slaves fought to gain the independence of their capturers’ allies! And there is more. The story below may illustrate even better the stark contrasts.

MUTINY IN THE HEAT OF BATTLE

During the heat of battle on the Indian coast a conflicting order arrived from France to go back to the support base Mauritius. Suffren, instead, wanted to rightly make use of the element of surprise and to carry on the fight. He, therefore, ordered relax on the coast of Coromandel during a halt in the battle between two phases. From the 12th of April to the 5th of July 1782 when he restarted the battle. Some of the French Mauritians with sheer lack of military disciple disobeyed him and went back to Mauritius instead of relaxing in India. Upon their arrival home, once their dear ones understood what had happened they were immediately send back to re-join Suffren battleships getting ready for another attack. To their discharge one must say that they had a paramount example of disobedience, if not treason in the coward behaviour of Chevalier de Tromlain who fired from too much a distance not throwing his vessel in the battle as ordered by his Commodore for closer contact.

After the success of the vessels under the leadership of the Baily de Suffren, the capital of the French in the Indian Ocean then in Pondicherry was transferred to Mauritius. Port-Louis became the new capital! All the population celebrated the arrival of Suffren and its troops on 12 November 1782!

THE VICTORY THAT WAS NEVER CELEBRATED

In 1783 after the War de Cossigny wrote to Sonnera: “Perhaps one has not acknowledged sufficiently the importance of the activity that led to the arming for the battles in India, from “Isle de France” (Mauritius)”. 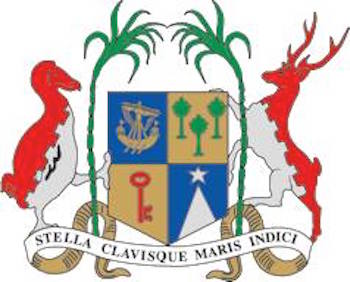 The shield of Mauritius is the Stella Clavisque Maris Indici. The people of Mauritius can be proud when they look at the motto of their shield. It was truly proven that Mauritius or then “Isle de France” was the back bone of armament for the War in the Indian Ocean during the American Independence war. Mauritius contributed in this way significantly to the final outcome by weakening the British Royal Navy! Thereby becoming the prime target that the British needed to take on the next opportunity.

The deeper meaning of this Story of Impact: name what truly happens, acknowledge who has contributed, put it on the map and acknowledge the price (impacts) that are paid for the success of others. Sometimes those who appear small in numbers and size (a little Island in the Indian Ocean) and those who may have been regarded as inferior in the eyes of those who perceive themselves superior should never forget who has led to their success.

N.B. Proper translation of this article in French will be posted here online soon.

AUTHOR: This article was written by Dr. Kurt Barnes, ND, DEA (Histoire University of Paris 8). Copyright remains with author. Permission to share with acknowledgement of author as per citation.