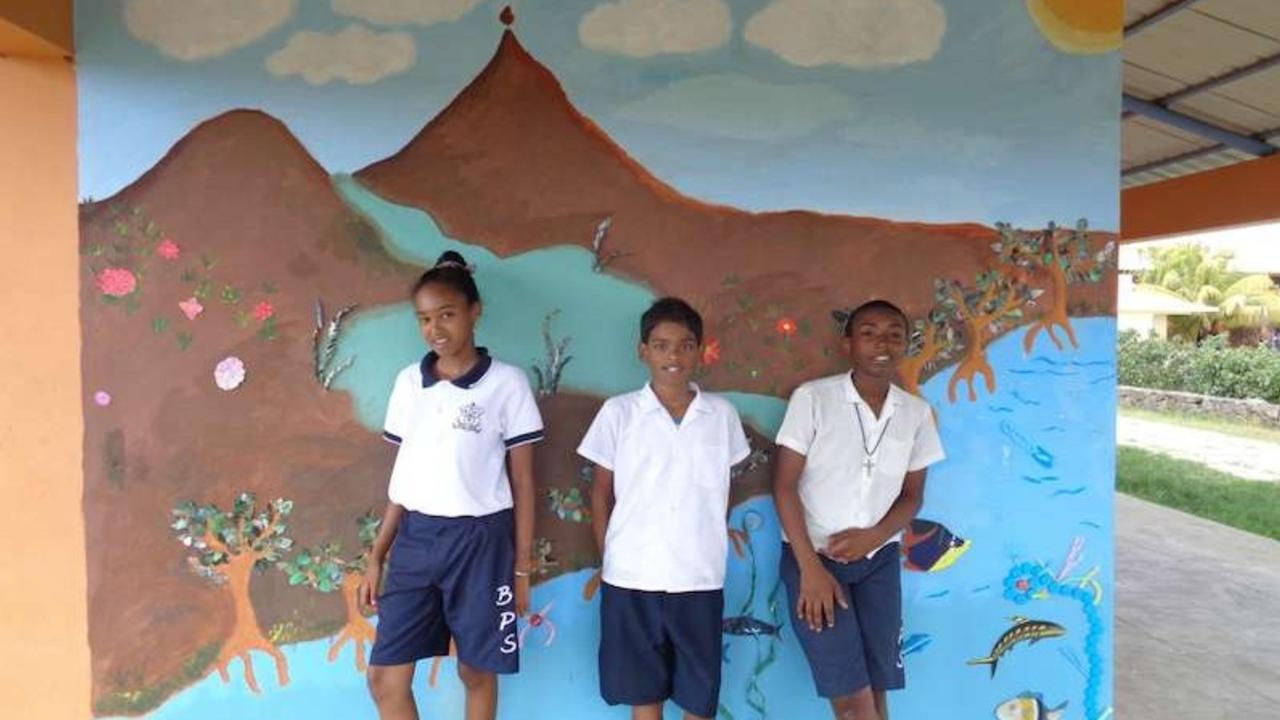 Earth is the only planet we know so far, in our solar system which can sustain life. One of the main reasons why, is because we have water and when we look at our planet from space, the oceans combined with the atmosphere make the planet looks blue; from space we may have the incredulous belief that our water reserves are cleared, protected and cared by humans but the reality, the world over, is that day after day our water is more and more polluted.

Our Progress with the EFS Water Theme

B.P.S FATIMA College has embarked into the EFS programme since the very beginning, that is, in 2011. Since that date, a lot has been achieved. To mention a few, we have set up our endemic garden and medicinal plants garden and we have had our footprint analysis during the last few years.

This year, during the first term, we have implemented the EFS principle in a completely different way by working with the EFS theme of “Water” as a collaborative strategy for becoming a Learning Community. Several departments were involved this time. A first inter-departmental meeting was held in order to look into ways to infuse the topic of water into our lessons. And we are glad to see the contribution from the different departments bearing fruits.

As education is the key path in raising awareness and in inciting changes for the better. The prevocational department joined hands together with the mainstream to mount the B.P.S Fatima EFS project. A plan was set up by the EFS committee and every department got its’ share to work on and when brought together would be the bps Fatima water project.

The project gained momentum and the PVE department really took it at heart and did some marvellous works. We started by analyzing what water pollution is and what are the pollutants. The result found was simply shocking, the students came to the conclusion that water pollution affects the entire biosphere and in all cases, the effect are not only lethal to human beings but to life as a whole on earth. So we tried to find simple solutions, simple things which we can add to our norms and values to succeed in our mission to save our blue planet. Some topics on which we worked on:

What we learned through the EFS Theme – Water

What came to light in the course of this project was the planet, in reality, is not so blue as human beings are contributed a lot to blacken it. With the different crises we have endured since the beginning of the 21st century, the legitimate question which can be asked is, “Whether our so dear market economic system has not attained its limit”? If we continue in that pollution trend we are putting life on earth in jeopardy. Water, that precious commodity should be preserved and respected, for the love of oneself and our dear ones we found that the fight against water pollution should be of prime importance for us all.

All the teachers, with the help of some attendants and the students, were extremely generous in furnishing their efforts and their creativity was remarkable and we can justly say that the project was a true success for the department.

BPS Fatima College has participated in the EARTHwise Thrivability Education initiatives (formerly called the Education for Sustainability programme) since 2011. This article is written by the BPS Mentors who have been responsible for the implementation of the programme, and received extensive training over a period of 6 years (2011-2017).