Learning for Sustainability at BPS College 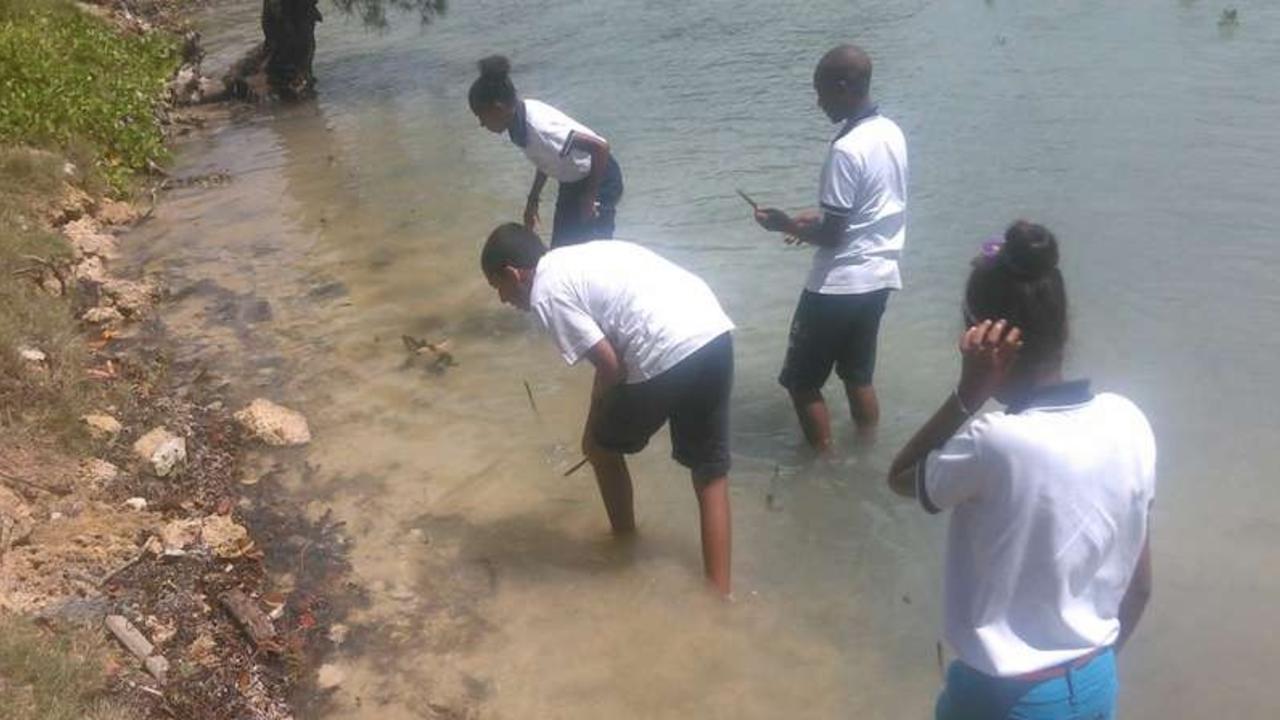 As education is an act of imparting and acquiring general knowledge, developing the power of reasoning and judgement and also preparing oneself for the future. Hence, it is at school that we should raise the awareness of present and future generations on the urge that the planetary sustainability for human life is being threatened and this will impact the whole of mankind.

Forty years ago in the world summit on sustainable development, in Stockholm, the world leaders agreed on the urgent need to respond on the problem of environmental deterioration. Same twenty years ago in Rio de Janeiro, the leaders reiterated their wish to go forward on the protection of the environment which would also lead to social and economic development. In Johannesburg, in 2002 the world leaders committed themselves to build a humane, equitable and caring global society cognisant of the need for human dignity and sustainable development. Words are important but actions of utmost importance.

The United Nations launched the Decade of Education for Sustainable Development back in 2004 and in line with that the pastoral letter of 2011 of the Bishop of Port-Louis set a new era in the Catholic Confessional schooling and education was chosen to be ‘the’ essential tool for achieving sustainable development.

We say that ‘all education is education for sustainability‘ which means all education should promote the vision of interdisciplinary thinking and system thinking, which acknowledge complexities, looking for links and synergies to find solutions to problems and most of all problems which can lead to the extinction of mankind. Not thinking about ecology, today, not making decision and acting on them today, in the centuries to come Mankind may have the same destiny as that of the Dinosaur and the ‘Mamouth’.

Economic, social and also cultural development and sustainability all are linked with environmental and ecological sustainability. This is what we want our students today to know about, to think about and to act about. If mankind needs to be saved, we need a 360 degree shift in paradigm and this change of mindset should be in the present and future generations of students. It is them who have the talents and energies needed to go for green thinking for renewable energy and for the protection of our blue planet.

Flash rains, flash floods, sea level rise, global warming all are linked with climate change, adding to that the near extinction of animals such as the polar bear or the Siberia tiger all these are painful proofs that nature is rebelling against us and through education we can help to put things right again. It will take time, years and decades, but the actions should start today, as near as tomorrow, or it will be too late.

Education for sustainability sets a new dimension to the 21st century education. School is a dynamic institution, its the cradle of new ideas and new paradigms. The EFS programme is the milestone for a better future for Mauritian people and the ‘UN decade of Education’ has been the keystone of education towards bringing in synergy between mankind and nature.

We teachers at BPS Fatima are fully committed to implementing the EfS programme.  We are on board since 2011. Initially, we were five teachers and we were tasked to sensitise our pupils and colleagues concerning the impact of human activities on our environment. We also had the opportunity to implement the first phase of the project the Ecological Footprint Analysis of our school. We collected data for all the 4 areas of this study, namely, transport utilities, waste, consumables and food.

During the course of the programme, we witnessed that the pupils were becoming more conscious of the materials they were using. They were making a conscious effort towards sustainability. For example, collecting plastic bottles to throw them in the appropriate bins and using boxes or cloth for bringing food instead of using plastic covers. It was also noticed that through the concept of protecting our environment, a care-culture was being integrated in the course of the development of the students. A shift from ‘do not care attitude‘ towards ‘responsible actions‘ in the pupils was the biggest achievement of this project. However, it cannot be ignored that the students also have another environment other than that of school. Hence, it is important to have the support of the parents to ensure that the culture of sustainability is promoted at home as well.

We also came across numerous hurdles, among them the lack of time partly due to the fact that the first phase of the project from 2011-2013, was not yet integrated into the curriculum activities. Talks were organised in order to commit everybody to make use of the appropriate bins for each type of materials (plastic, paper and organic wastes). These wastes were collected at the end of the day for measurement purposes. The other data concerning food and clothing were collected using a sample size of 70 pupils. The data for building, transport and utilities were collected by a teacher in the team. The results revealed quite a lot about the footprint of the school. It was clear, that something needed to be done. The school decided to implement some measures as soon as possible.

The management, in collaboration with the Diocese of Port- Louis, speeded up the photovoltaic project. Endemic trees were planted. The agricultural department started to do composting of waste.

During science classes, pupils were acquainted about measures that could be taken in order to help reduce our footprint. For example, pupils were asked to switch off the light and fans when they were not necessary. So, in a way, we were looking to change the mindset. Fortunately, the project got acceptance and everybody started to look for ways to change our relationship with the (school) environment.

Some of the initial ideas have not yet been implemented. For instance, the management is keen to invest in a system of rainwater collection. We are glad to know that this new phase of the EFS programme from 2013-2018 will take care of these and other aspects. As can be seen here, the members of BPS Fatima have adopted the philosophy of sustainable development and are imparting this philosophy to the students through projects and eco-awareness & action campaigns. The environment club set up this year at school is surely one big step towards Ecological Sustainability. Education for Sustainability gives a new drive to our educational approach and a new hope for tomorrow’s world.

BPS Fatima College has participated in the EARTHwise Thrivability Education initiatives (formerly called the Education for Sustainability programme) since 2011. This article is written by the BPS Mentors who have been responsible for the implementation of the programme, and received extensive training over a period of 6 years (2011-2017).