Into the Heart of Systems Change with Judith Rosen 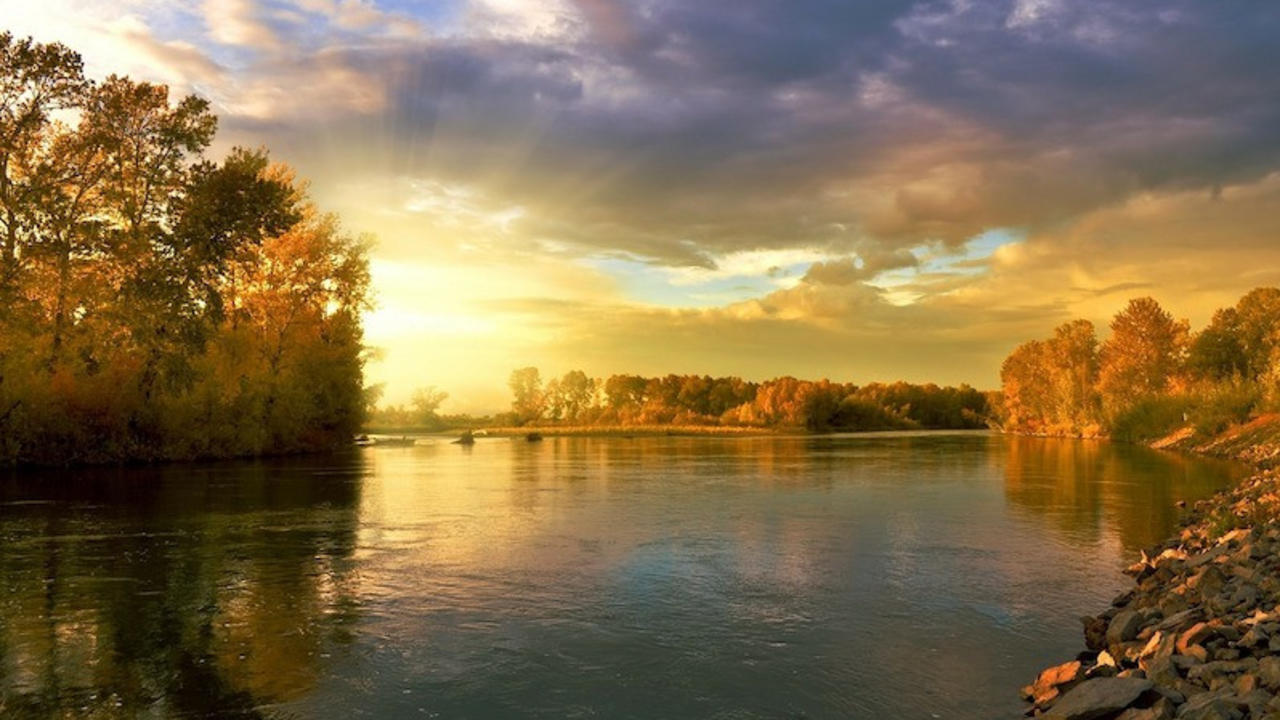 What does Thrivability mean? What does transformational change for thrivability require? What are the deeper systemic barriers that may become activated once we start to work with this process? How can we avoid irreversible collapse of our ecosystems and planetary health? These questions and more are part of my PhD research project “Into the Heart of Systems Change” as an external researcher at Maastricht University, the Netherlands.

In 2018, I interviewed 8 evolutionary leaders as part of this research to explore the 7 questions here below. I am grateful that Judith Rosen accepted my request, which resulted in her sharing these beautiful reflections here below. Judith is a Writer, Researcher, Consultant, Founder & CEO of Rosen Enterprises. Her speciality is in Anticipatory Systems Theory and how it applies to ecosystems, climate change, and human Anticipatory Dysfunction. She also works on the development of new applications derived from the theoretical work of her father Prof Robert Rosen. Prof Rosen was a theoretical biologist who studied the organizational aspect of complex living systems from a relational anticipatory perspective. He was well known for his founding work, “Anticipatory Systems Theory”.

1. What does collective thriveability mean to you?

Judith Rosen: “To me, it’s about sustainability and balance in the biosphere and in every other system that humans are a component of. The word “health” is one that mechanistic science has no real definition for. That’s because for all machines, the values for their optimal functioning come from outside the systems, themselves. Those come from US, the machine-makers. In fact, all the machines we make are really extensions of human beings. We built them to extend our own capacities in some way. So the echoes of human needs and requirements, as well as human limitations are all over our machines – just one more proof of how inappropriate a stand-in for natural systems machines are, and always will be. Health is an Anticipatory concept in that all living organisms come into being with certain fundamental internal values. The first is the value for “self”. The second is a value for “health (of self)” – which clearly relies on whatever is encoded into the self model, right? And if the self model changes (say, after reproducing), then the value for “health” will necessarily change and metabolism and repair will not behave the same way, nor will the organism’s behavior in interaction with environment. Clearly, the “self” model is critical to everything else. Every cell in our body carries these values and dysfunction sets in when such fundamental models go awry. for instance, when the immune system misidentifies some protein in the body as a pathogen.

When we talk about “thriveability” we are talking about optimality. And the optimality scale will similarly be based on our innate values for “self” and “health (of self)”. Self is the viewpoint of every living organism, be it an individual self or a collective self – self is the center of the universe and everything NOT self is “environment”. A lot of things become really clear from that direction! Predator/prey relationships, parasite/host relationships… They’re all part of a balanced ecosystem. (And, by the way, can you see that ecosystems do not have any of these innate values? Their organization is different from that of living organisms, even though they are full of living organisms as components of THEIR organization. System organization matters.) However, it is symbiosis (sometimes referred to as “mutualism”) that I think is going to be involved in “thriveability“. In some sense, symbiosis involves an enlargement of the “self” model to include the partner. What humanity has to do, I think, is enlarge our self model to include all that we depend on for life and health – our planet. Our biosphere! Once we do that, everything will fall into place.”

2. Can you briefly explain how your work supports transformational change for our collective thriveability?

Judith Rosen: “I consider it my Karmic Duty and my Good Ancestor Principle to help people understand my father’s work. As I’ve said, the errors that have been built into the foundations of Science constitute a clear and present danger for humanity and the biosphere of our planet. Nobody ever looks at the foundations anymore, once they get past that level, unless they are forced to by some very compelling reason. My father just so happened to be confronted with exactly that situation and so he did look at the foundations and at the history of how they came to be the way they are. In his book, “Life, Itself”, he apologizes for taking the reader through that process because it really does seem regressive for very highly educated scientists. But the flaws in physics aren’t really apparent until you apply those tools to biological systems. Then they become a source of paradoxes and that is a symptom. My father explicitly stated: “There are no such thing as paradoxes in nature.” So, a bumblebee’s capacity for flight revealed a flaw in our means of evaluating something in nature. Structure and function are two different KINDS of information and not fully transformable into one another – that is a fact of biology. But not of machines. You see the problems, here, I trust. And yet we are continuing to teach reductionism in grade school. Ack!”

3. What systemic barriers did you encounter in this work on the personal, organizational, and collective levels?

Judith Rosen: “Oh boy. That’s a biggie. Systemic barriers…. well, MONEY is a gigantic issue. It’s an issue in multiple ways, at multiple scales, and influences things in all kinds of complex, interactive ways – for example: who funds research. Connected to that is EGO. Let’s face it: Human beings are a quagmire of conflicting beliefs and ideas, doing things for reasons we are often only partly aware of – if at all… We all have different definitions for what optimality means. Communication between and among human beings is fraught with these inner-dictionary misunderstandings – that we seem to have a tendency to impute to the others rather than to ourselves. So, the human capacity for building mental models that we then conflate with reality – thinking the map we’ve built is the same as the territory – that’s even bigger than money.”

4. How were you able to transform and/or transcend these barriers?

Judith Rosen: “Have I? No. I think I’ve made *some* headway. In *some* human groups. To me, this is a current dilemma: Do I continue to talk to scientists about this? Or do I use my writing skills to write stories (fiction) that have these concepts built into them? Or do I do both? And gee, it sure would be nice to earn some money doing all that, instead of it always costing ME and my family money… But the truth is that once people understand my father’s work, they SEE the value. Life has a way of showing you the proofs of it. Kind of irrefutable, very quickly. So, I keep honing my skills as Rosennean translator.”

5. What would you say are the most important factors and conditions that need to be present for humanity to avoid irreversible collapse of our life-support systems and the breakdown of our social-cultural and ecological fabrics?

Judith Rosen: “We have to understand. We have to understand ourselves and our role in larger systems that we depend on for our own continued life and health. How to achieve that understanding is the crux of the matter, here. As a meditator, I have come to believe that humanity has reached an evolutionary level that requires self-training to grapple with effectively. Self-guided evolution is going to require mind-training and mind-hygiene, of the sort that I stumbled onto with Vipassana. I think all humans should be learning multiple forms of meditation in public school, and practising it AT school, every day. I further think that all adults in many professions ought to be learning and practising meditation AT work – as a normal part of their day at their jobs. This is especially critical for law enforcement, correctional facilities (for both inmates and staff), government!!! etc. Vipassana tends to be very much like an ethics infusion. Active meditators tend to not be as prone to ugly human failings, because Vipassana tends to accentuate awareness of physical sensations and you can’t shut that off! So, you feel it when you get angry. You feel it when you get jealous. You feel it when you wish harm to someone – even someone awful. You realize how negative emotions and thoughts generate real sensations and chemistry in the body. You see it in action! And that tends to help you stop doing that.

So, I’m saying a combination of education and meditation/mind-training/mental hygiene are required. And I further think the correct avenue of approach for that is to appeal to the biological self-interest that is part of our being as living organisms.”

6. What does going “Into the Heart of Systems Change” mean to you?

Judith Rosen: “For me, it requires the understanding of system organization as a causal “thing”. Learning to see the world in terms of relations and interactions instead of particles… that’s key. Understanding that we can’t make a simple system complex by accretion any more than we can achieve mathematical infinity by adding one more to some impossibly huge, finite number. There is no threshold to be crossed that way. We have to retrain ourselves to see relations and how they impact interactions, thereby impacting outcomes of those interactions. We have to start seeing relations and interactions as critically important components of system organization. All of that. The systems view is useful in so many ways. One is that it allows you to choose your focus – say on “organism” in my father’s case. But by doing that, you also see that at the same time as an organism is a system with its own organization that makes life possible, it is also a component of countless larger systems and those are absolutely essential for life, also. The organism not only depends on environment, it’s organization predicts that environment! All living organisms encode their native environment into themselves, and once that happens, those aspects of environment are required to continue. This is why rapid global climate change is so dangerous to life, by the way. Most species cannot recognize error in their models as the environment changes rapidly. They have no alternative to following the guidance of their somatic models, even when those models are like GPS that hasn’t been updated in ages. This is how extinction cascades start.”

7. What is your key message to humanity now and the future generations?

Judith Rosen: “Know Thyself.” It really does have to be “self-guided evolution” if we are to survive. And, from Robert Rosen’s work in developing Anticipatory Systems Theory as a powerful scientific model that can explain both life and mind, I think this takes on enormous resonance. That innate value for “self”…”

Written by Anneloes Smitsman as part of her Ph.D. research at the International Centre for Integrated assessment and Sustainable development (ICSI), Maastricht University (the Netherlands). Her Ph.D. thesis is titled “Into the Heart of Systems Change”. Click here to listen to the others interviews.