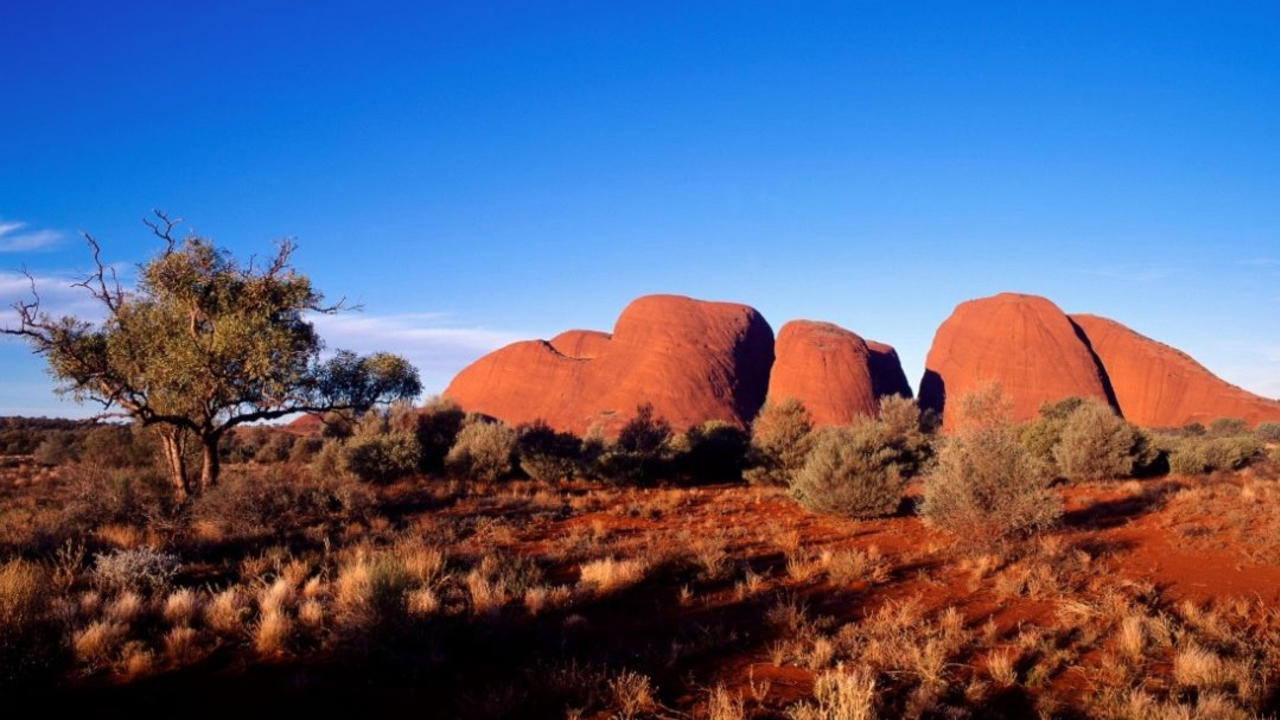 The following is a short story of my time in 2005 with an Australian Aboriginal Elder who is a Medicine Man of High Degree from the Kimberley (North-West Australia). I lived in Australia for 8 years, during which time I had the opportunity to meet with some of the Elders of the various tribes and received some of the initiations and transmissions. My deep gratitude and respect for these amazing Custodians and Traditional Owners, they brought me Home to my Humanity. I hereby acknowledge and honour as well the Ancestral Beings and the Spirit of the Land for the precious wisdoms I received during those years.

During my meeting with this beautiful Elder of the Kimberley he shared with me that in Aboriginal Wisdom it is considered that all of us are born woman, men too, since we all come from woman. Even the Sun is considered female. It is said then that for a man to become a man he has to be initiated and trained to become a man. The boys stay very close to the women until the age of about 6-8 years, and in this way are raised within and from this deep feminine wisdom.

The women recognise when the time comes that the boys are ready for their first initiation when the boys by themselves insist on joining the men in hunting. In order to cultivate that desire in the young boys to join the men, the women will attempt to keep the boys from joining the men as a way to build that inner fire. They do this knowing that when the time comes for the young boys to have their first initiation, which is also their first night away from the women who raised them, they will need this strong desire to keep going else they will be so sad and miss the women so much that they want to return to camp straight away. Eventually the young boys move over more and more to the men and will then be ready for further training from the men.

This same Elder also explained to me how in his tribe the men do not lose touch with their deeply feminine nature and can thus be strong in a gentle way and through protective care. He explained this is due to the way they were raised from the feminine by the women and were supported to become a man when ready for this. He further shared with me that as women because of our cycles and giving birth to children, we receive our initiations directly.

What stayed with me the most from this meeting is the way this Elder stood in the world. He was strong and caring simultaneously. Knowing when to exercise force yet never destructively, always with deep respect for the sacredness by honouring our interrelatedness and interdependence with all beings. He explained that during hunting he would tune in and harmonise with the Spirit of the Animal that he was hunting and offer himself to this Spirit, deeply honouring its sacrifice to the Tribe. He shared further that he was not allowed to hunt on any animals or insects that are part of his totemic relationships, his non-human guardians.

For the Aborigines it is their embeddedness within community, their deep sense of ‘oursness’, Kanyini, from which arises a profound sense of relatedness with all of Life. This is what provides the fertile soil from where intuition and the development of our human potential awakens and actualises. The following video by Elder Bob Randall, who was an Yankunytjatjara Elder and a Traditional Owner & Custodian of Uluru, explains this beautifully here.

This understanding is so different from many of the Western belief-systems and practices that focus on the ‘individual self’ as the context for our human development. This belief in ‘individuation’ often starts shortly after birth, when it is believed that the child needs his/her own room, his/her own toys; as such in-forcing the child’s sense of separateness and me-ness, rather than cultivating awareness of “oursness”.

I bought this painting in Alice Springs in 1999 from Boomanulla of the Wiradjuri Tribe, after visiting Uluru and Kata Tjuta. The painting is called “Women’s Dreaming”. More about those journeys in the next stories. 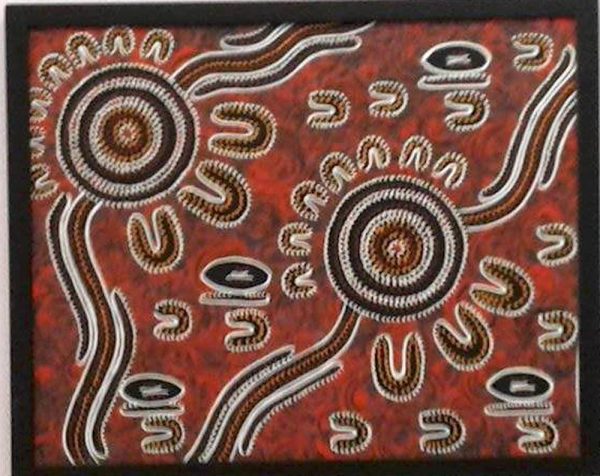 Painting by Boomanulla of the Wiradjuri Tribe, “Women’s Dreaming”.

I hope that in the sharing of this story it may help us to restore our natural inter-connectedness through Kanyini – loving care and responsibility. Furthermore, I hope that sharing this story may also provide us with a different perspective of our own humanity, by learning from the oldest continuous living culture: the Australian Aborigines.